“Others often describe him as driven, well-read, authentic, involved and continuously focused on development. He works from a positive fundament, can figure out what is already present and build on this to form lasting and well-supported change processes. A speaker like that, we have to invite!”. “Dr. Loek Schoenmakers has worked as a teacher, principal and educational adviser in both primary and secondary education for over 35 years, and has done so in many different countries and environments. He is a guest lecturer for the Master in Education and Research for Sustainable Development (MERSD) and the Master of Education (Med.) at the Anton de Kom University in Surinam, and is a core lecturer for the Master of Education and Innovation at de Kempel University of Applied Sciences.” “Loek is an associate at the Taos Institute, the cradle of social constructionism, and coordinates the TIE (Taos Institute Europe). Loek (1961) lives in the Netherlands, along with his wife AnneMarie and his sons Roel and Jon. Alongside his job, he also practises Buddhism, painting and has a love for travelling.” Written by Tine Bos and Liesbeth Alaerts at the UC Leuven Limburg Belgium 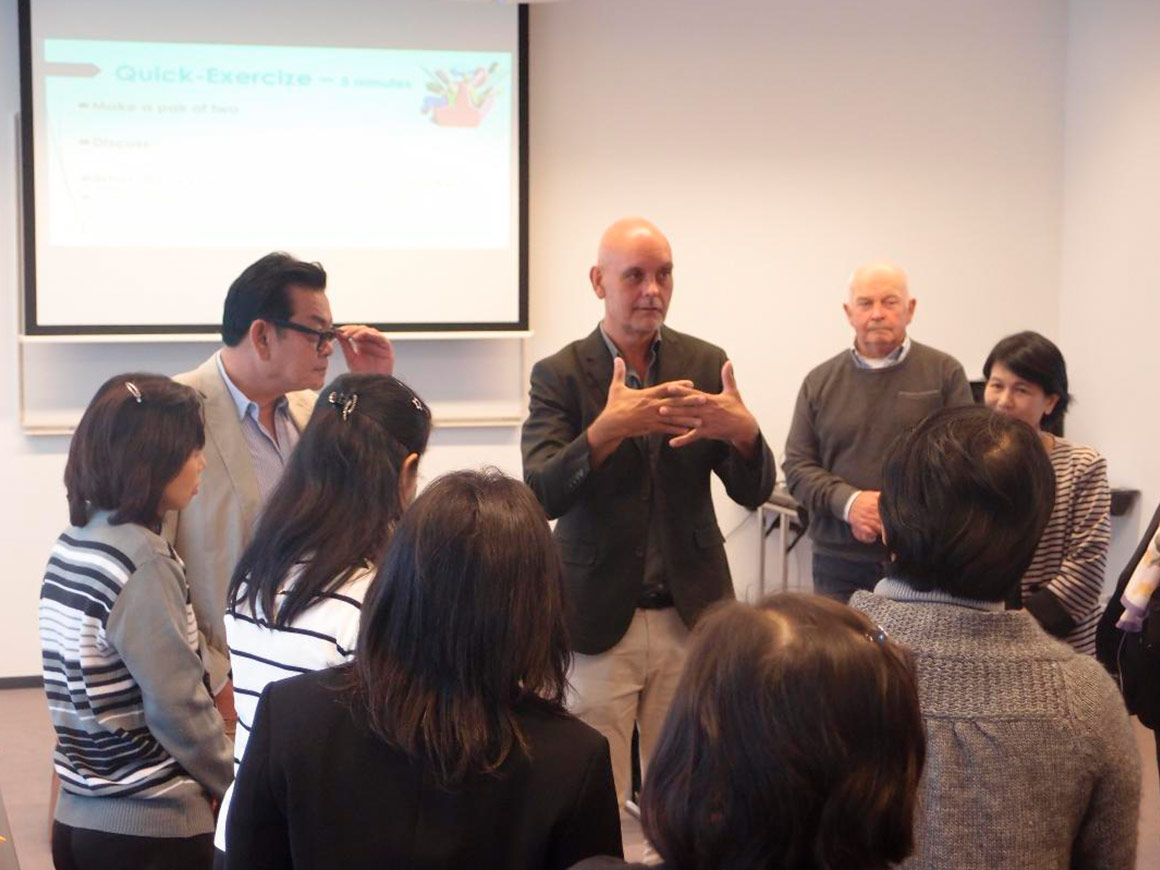 Loek can figure out what is already present and build on this to form lasting and well-supported change processes. 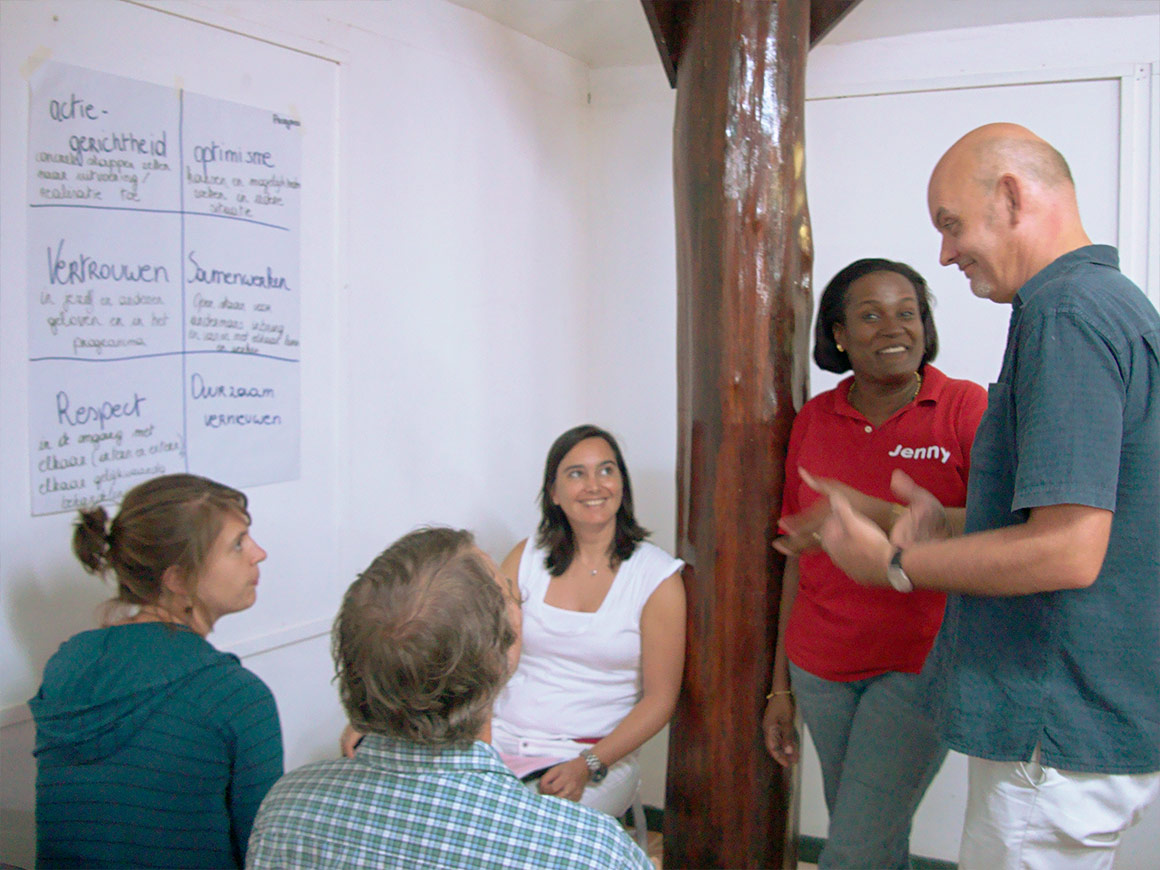 “Achieving sustainable education together, that is his ambition. He works towards this with the Appreciative Inquiry approach, and has a backpack full of fleshed-out ideas for applying this to his work in education: with others as colleagues, managers, parents and above all students. In his lectures for the UCLL and all primary schools connected to the TO-language project, he bundles his expertise and ideas so as to make this process as powerful as possible, together. In 2011 he obtained his doctorate in Social Sciences based on his country-wide connecting, appreciative change work in Surinam at Tilburg University in cooperation with the Taos Institute USA. Written by Tine Bos and Liesbeth Alaerts at the UC Leuven Limburg. Teacher training Group.

Loek wrote and participated in the following publications:

I Believe in You!

I BELIEVE IN YOU! (Paramaribo, 2009) On the basis of the Appreciative Inquiry theory, hundreds of dreams and wishes of many Surinamese were gathered to create a manifest for child-focused [...]

EXCEEDING EXPECTATIONS(TAOS, 2014) describes the impact of the Appreciative Inquiry within a myriad of educational contexts, on the class-level, the school-level and even up to the [...]

WINDKRACHT 4 (Brussel, 2015) illustrates, using rich and detailed stories, how change processes – based on the intellectual legacy of social constructionism – lead to integration and [...]

HAPPILY DIFFERENT (TAOS, 2014) shows how educational change leads to sustainability when we give the human construct – the social construct –  a central and valued place within change [...]

EDUCATION AS SOCIAL CONSTRUCTION (TAOS, 2015) describes within many international contexts how education can be approached from a different perspective. Again the intellectual legacy of social [...]

SAMEN DUURZAAM ONDERWIJS REALISEREN (2015) describes how, on the basis of cooperation, dialogue participation emerges to realise sustainable and qualitative education. It focuses on the [...]

What can I do for you?